Who Donates More to Elections – Wealthy Businesses or Wealthy Consumers?

The presidential primaries are in full swing, and as is the case with every election, money is a hot topic.

Now we’re going back to the data and adjusting the weights of business and consumer health before comparing it to campaign contributions.

Why? To test the theory that states with wealthy individuals contribute more to political campaigns than states with healthy businesses and for-profit organizations.

Comparing the two to a list of the states donating the most to 2016 presidential campaigns, we found the majority of campaign donations come from states with solid consumer health rankings – suggesting that the theory holds true that states with more personal wealth are more likely to try to influence elections. 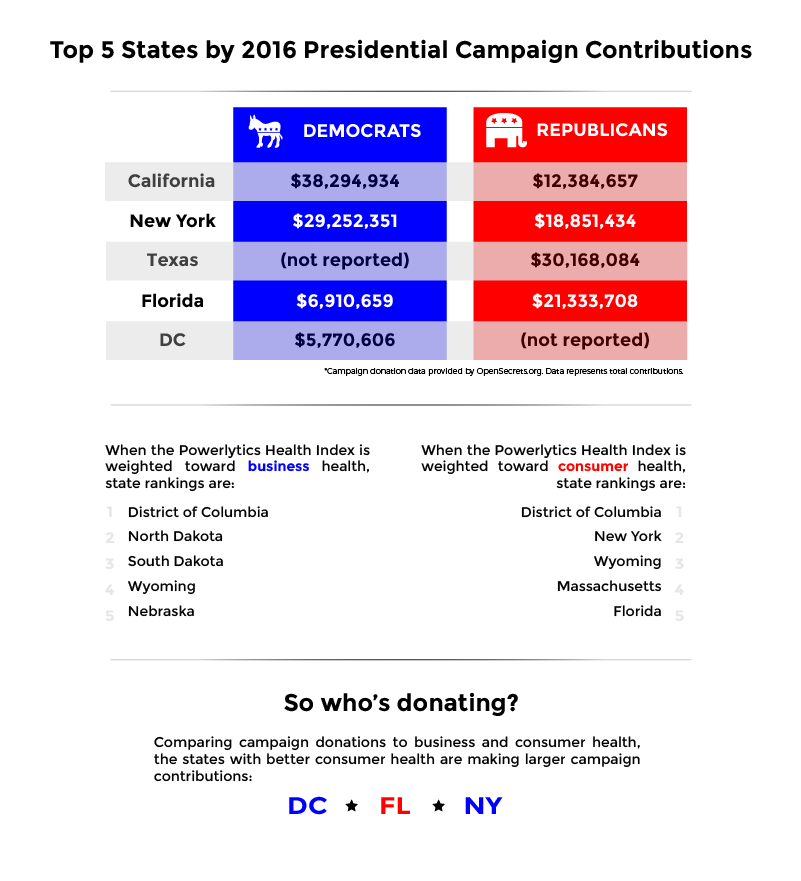